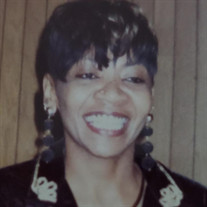 Sheila Yvonne (Chambers) Williams, was born November 6, 1956 in Gary Indiana to John and Delilah Chambers. As a young child, Sheila was baptized and gave her life to Christ at St. Paul Missionary Baptist Church under Pastor Anthony Robinson. She graduated Ypsilanti High school in 1975. Sheila married Bobbie Williams in 1978. They later divorced, but always remained friends. She was a member of Burning Bush Ministries under Bishop Shelby for many years. Sheila most recently rededicated her life to the Lord under Pastor Kenneth Walls. Sheila started her road to recovery in 1989. Sheila majored in Social Work at Washtenaw Community College, Eastern Michigan University, and Michigan State University. Through the 90’s and 2000’s, she worked as an addiction counselor at Washtenaw County Jail, Share House Substance Abuse Treatment Center, C.L.E.A.R House, Dawn Farm Inc., Peace Neighborhood Center, and Maxey Boys Training School. Sheila was also a Certified HIV/AIDS counselor at the HIV/AIDS Resource Center (HARC) in Ypsilanti, and introduced (and sponsored) dozens of people in the Ypsilanti/Detroit area N.A. circuit. She cultivated so many strong and meaningful relationships within N.A.; So many friends became family. It was Sheila’s true passion in life to go back into the streets and help people get into recovery and get their lives back on track. Another passion of hers was being a trendsetter; a fashionista. She was known for her custom made suits, gators and furs, and that signature Anita Baker haircut. You wouldn’t catch her taking the garbage out without being picture ready! Sheila departed this life on March 23rd 2021 with her family by her side. She leaves to cherish two daughters, Latanya (Ferrell) Cunegin and Joyua Williams (Mike Williams). Five grandkids; Demario Ferrell, Stephen Cunegin Jr, Trevon Cunegin, Sasha Smith, and BJ Williams. Two sisters; Sandra Chambers (Ted Butler) and Rhonda Chambers. Her significant other; Peleon Wells, and a host of nieces and nephews. Sheila was preceded in death by her parents John and Delilah, and 3 brothers, Richard Chambers, John Chambers Jr, James Chambers and her 3 best friends Brenda Horne, Vera Roberson-Simons, and Cassie Leath.

The family of Sheila Yvonne Williams created this Life Tributes page to make it easy to share your memories.

Send flowers to the Williams family.