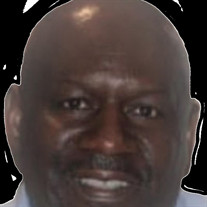 Larry Tommy Mitchell was born on September 14, 1954, in Ann Arbor, MI. He was the first son of Thomas and Lena Mitchell and was welcomed to the world with rejoicing. Larry was baptized at an early age by Rev. B.T. Hopkins, pastor of Second Baptist Church in Ypsilanti, MI. He graduated from Ann Arbor Huron High School. After living and working in California for several years, Larry moved back to Michigan and began a career in transportation services for Ann Arbor Public Schools, which spanned more than 30 years. Larry was a beloved bus driver, and many children remembered him for his fun “Safety Town” presentations. Students adored and loved Larry as much as he did them. He eventually moved into leadership roles as assistant director of dispatching and routing specialist. After leaving his regular job, Larry worked at the Peace Neighborhood Center in Ann Arbor as the Transportation Coordinator. Larry was available whenever and wherever he was needed. He worked at Peace for over 30 years. Larry was an athlete and spent most summers playing on various Ann Arbor softball teams for many years. He had a gregarious personality and always greeted you with a smile. Larry was an eternal optimist even in the midst of his health challenges. He has been welcomed into heaven by his parents, Thomas and Lena Mitchell, his sister, Christine Carol Johnson, his brother Herman Mitchell, and his mother-in-law, Carrie Brownlee. He leaves to celebrate his life, his faithful wife, Elisha Michelle Mitchell, his son, Lawrence Mitchell, his daughters, Lena Nakia Mitchell, Miesha Brownlee, and Katlyn Mitchell; his sister, Inez (Charles) Barnett of Ypsilanti Township, MI; Maria J. Mitchell of New York City, New York, and Debby (John) Mitchell Covington of Superior Township, MI; brothers-in-law, Derrick Kinlaw, Roy Brownlee, Temkca Brownlee Byers; his grandchildren, Salena Baldwin, Layla Brownlee, Darius Kirby, and great-grandchildren Le’Anna Travis-Baldwin and Ay’va Morgan, and a host of nieces, nephews, cousins, and friends.

Larry Tommy Mitchell was born on September 14, 1954, in Ann Arbor, MI. He was the first son of Thomas and Lena Mitchell and was welcomed to the world with rejoicing. Larry was baptized at an early age by Rev. B.T. Hopkins, pastor of Second Baptist... View Obituary & Service Information

The family of Larry Tommy Mitchell created this Life Tributes page to make it easy to share your memories.

Send flowers to the Mitchell family.